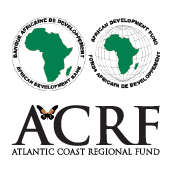 The Atlantic Coast Regional Fund (“ACRF” or the “Fund”) is a $72 million regional fund focused on 29 countries on or near the African Coast of the Atlantic Ocean from Morocco to Angola. The Fund considers investments in all sectors, with a particular focus on industrial firms, financial institutions and companies investing in infrastructure and other related sectors.

The new AfDB fund, which will supplement its earlier investment of $15 million, aligns with its Private Sector Operations Strategy to support entrepreneurship, increase exports and create more jobs in the ACRF regions, a statement from AfDB read. The investment is expected to scale up ACRF operations of reducing poverty, pushing economic growth, and is expected to create at least 2000 new jobs.

The Atlantic Coast Regional Fund is managed by the Advanced Finance & Investment Group (“AFIG Funds”), a Mauritius-registered limited liability company head-quartered in Dakar. As of September 2013, the commission had made seven investments in 6 countries across the black continent. It has, to date, helped sustain 1,821 jobs, 508 of which are held by women.